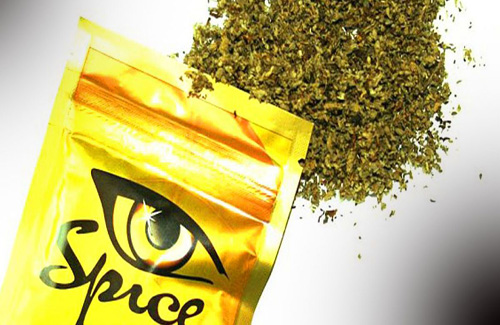 I want to welcome you to the first of many topics discussed in “Not On My Watch.” This blog is for you. It’s about keeping our kids safe from the dangers that exist in the world today. These dangers change daily and we must be diligent in keeping up with them. Believe me, If we don’t someone else will and that person may be your child.

This Week’s Topic is SPICE or K2

This is a brief history of the synthetic drug. John W Huffman is an organic chemist and was asked to synthesize (make) a drug that would have the same effects on the brain as THC. THC is the chemical in marijuana that creates the High effect. Huffman created several chemical compounds that have similar pharmacology as THC. This study was then scratched but the chemistry still existed. Like any other too good to be true drug, it was duplicated outside the laboratory and is now found all over the world. These chemicals bear the initials of John W Huffman. JWH-018 and others are mentioned in the next paragraph.

K2 or “Spice” is a mixture of herbs and spices that is typically sprayed with a synthetic compound chemically similar to THC, the psychoactive ingredients in marijuana. The chemical compounds typically include HU-210, HU-211, JWH-018, and JWH-073. K2 is commonly purchased in head shops, tobacco shops, various retail outlets and over the Internet. It is often marketed as incense or “fake weed.” Purchasing over the Internet can be dangerous because it is not usually known where the products come from or what amount of chemical is on the organic material.

Looks like: K2 is typically sold in small, silvery plastic bags of dried leaves and marketed as incense that can be smoked. It is said to resemble potpourri.

Methods of abuse: K2 products are usually smoked in joints or pipes, but some users make it into a tea.

Affect on mind: Psychological effects are similar to those of marijuana and include paranoia, panic attacks and giddiness.

Affect on body: Physiological effects of K2 include increased heart rate and increase of blood pressure. It appears to be stored in the body for long periods of time and therefore the long-term effects on humans are not fully known.

Drugs causing similar effects: Marijuana, Methamphetamine and LSD. Because the chemicals are changing constantly, every time it is used could create a different effect.

Overdose effects: Emergency room physicians report that individuals that use these types of products experience serious side effects which include: convulsions anxiety attacks, dangerously elevated heart rates, increased blood pressure, vomiting and disorientation. Young people are being harmed when they smoke these dangerous “fake pot” products and wrongly equate the products “legal” availability with being safe.

Parents and community leaders look to us to help them protect their kids, and we will not let them down. Our action, along with the community will reduce the number of young people being seen in hospital emergency rooms after ingesting these synthetic chemicals to get high.

Awareness is our responsibility!

‘Spice’ In the News In Maine

*  Spice Is Not Nice

*  Couple Recounts Their Ordeal With Spice

If you would like to comment or have questions regarding any topic featured in “Not On My Watch”, please email michaelm.keepingkidssafeus@gmail.com.

Please be advised that all or part of your comment or question may be reposted on www.keepingkidssafe.us.  Thank you.